“I have been driven to my knees many times by the overwhelming conviction that the only place to go to is on my knees to prayer. ~ Abraham Lincoln

Tiger Woods took ownership of his mental health this past year. It’s obvious as he held himself accountable for losing the 2018 Ryder Cup to Europe. Golf’s biggest superstar is demonstrating honesty in how he views his career and the choices he makes, as well as graciously accepting the consequences. Tiger is getting real about his performances, which is giving him a tremendous freedom: “I’m one of the contributing factors to why we lost the Cup,” Tiger admitted. “And it’s not a lot of fun.”

While Tiger’s Ryder Cup record may be considered “lousy,” he’s in second place. Golfing great Phil Mickelson has lost 22 Ryder Cups. Tiger and Phil are competitors in the Thanksgiving weekend match. Two of the 10 best players of all time will be facing off with each other for a $9 million showdown in Las Vegas. While they will both no doubt spend endless hours preparing, it will be Tiger who has the edge on discipline and self-control. He’s making the most of what he’s been given, and not just for the money, awards, and accolades, which is awe-inspiring.

At 42, the Tiger Woods of today strives to see the bigger picture. He’s matured his mind and emotions to keep time with his endurance and performance. But it wasn’t always that way. Recently he has come back from multiple back surgeries, physical and personal breakdowns, which he’s reflected upon as “some really dark, dark times.” After driving his Escalade into a fire hydrant and a tree in 2009, he then checking into a treatment center for sex addiction. He lost his wife and spent years facing and treating his demons. His back injuries left him bedridden. He confessed to over-medicating himself during this time, which led to a DUI arrest in Florida on Memorial Day in 2017. Vicodin, Dilaudid, Xanax, Ambien, and THC showed up in his toxicology report. He sought in-patient rehab treatment to learn how to “manage my medications and the ways that I deal with back pain and a sleep disorder.” Four back surgeries later and a spinal infusion surgery, Tiger was stronger physically, mentally and emotionally when he appeared at the Masters in April. He described himself as a “walking miracle.” You could tell by his smile and his swing speed that he had undergone a miraculous transformation.

Legendary golfer Gary Player told CNBC: “Every pro should go on his hands and knees and say, ‘He’s helping us to play for a lot of money.’” Player understands and advocates several dimensions of training the whole person—emphasizing the importance of healthy eating and exercise, which includes working out with weights. Player shared that Tiger told him recently in Augusta, “One of the reasons I’m playing well now—besides my swing is I’m working out. I’m strong and I’m fit because I’m working out.”

Tiger is not taking shortcuts. Whether it’s over the counter or the hard stuff, performance enhancement drugs are toxic, yet so many professional athletes are relying on them today. Among other side effects, they give one a sense of false energy, so the workouts a professional athlete endures in the gym can be misleading and do real damage to their bodies. But the drug usage is also symptomatic of self-medicating for the problems they face in other areas of their lives, which can only be treated by adopting mental exercises and other resilience training. Tiger gets that, it’s obvious he’s made these adjustments and realizes his mental and emotional well being are as important as his physical strength.

It’s been said, “just because we are done with the past doesn’t mean the past is done with us.” Yes, the past lives inside all of us, but it doesn’t have to own or define us. Tiger is respecting and protecting his body and mind now. He’s removed everything that will hold him back, and he’s developed a humility, with a quiet confidence that is attractive.

The trauma of his past has gone through a healing with Tiger coming out on the other side, a true winner in every sense of the word. 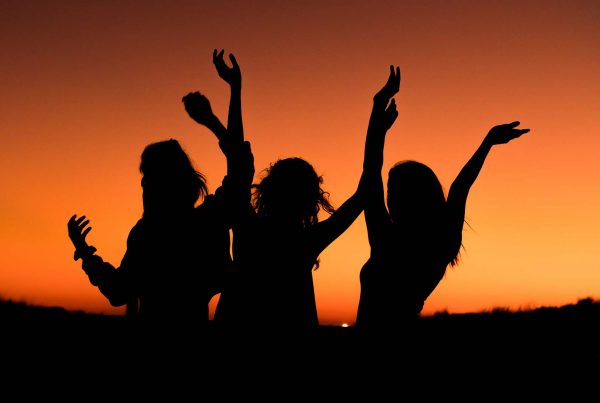 Grow stronger from your relapse